Coffee from A-Z. Things you never knew until now! 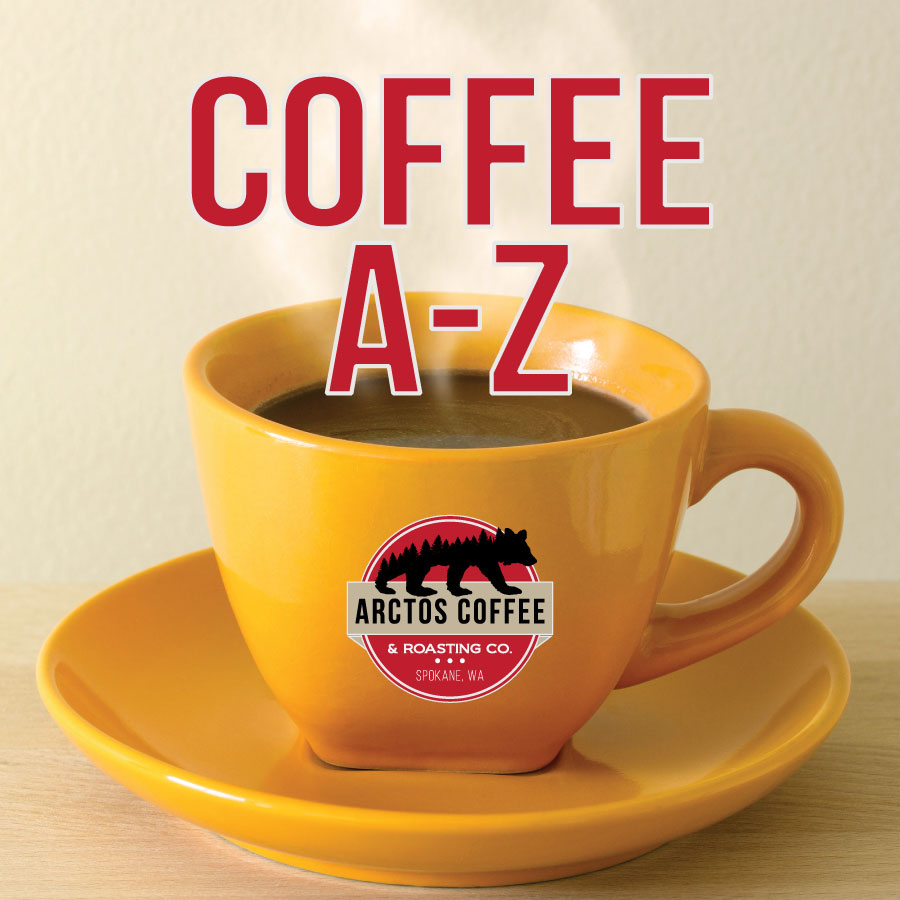 Arabica
The first type of coffee ever used was Arabica. The plant first originated in Ethiopia, Southwest Sudan, and Southern Kenya.

Caffeine
1 3 7-trimethylxanthine, better known as caffeine, is a natural alkaloid present in coffee plants, cocoa, tea, cola, guarana, mate, and many other beverages derived from them.

Decaffeinated
Decaffeinated coffee undergoes treatment to extract and remove the caffeine. There are four methods of decaffeination, each one using a different natural solvent: ethyl acetate, water, methylene cholide, or carbonic anhydride.

Excellence
The Cup of Excellence is the prize for the best coffee awarded each year to the worthiest producer. The jury evaluates according to fundamental parameters like aroma, sweetness, flavour, acidity, the lack of defects and aftertaste.

Filter
Used for the preparation of “drip” coffee, the filter is often made of disposable paper. A steel filter, instead, is used for Indian filter coffee, as well as in the Italian stovetop “moka”.

Genus
It was the Swedish botanist Carlo Linneo, who created the classification of organisms according to species and genus, to first propose the Coffea genus in 1737.

Hag
Hag coffee was the first decaffeinated coffee brand to be commercialized. Invented in Bremen, by the German Roselius for the company Kaffee-Handels-Aktien-Gesellschaft in 1906, it began to be sold a few years later.

Istanbul
In the 15th Century, a coffee-based drink arrived in Istanbul, where it became widely consumed. The Turks often enjoyed it in public meeting places.

Jim Jarmusch
“Coffee and Cigarettes” is an independent film from 2003, written and directed by Jim Jarmusch. It’s made up of 11 short films, tied together by the communal theme of these two “vices”.

Kaldi
Kaldi was a shepherd who, according to legend, had a herd of goats in Ethiopia ate the berries and leaves from coffee plants, and then were full of energy at night. So the shepherd tried roasting the seeds from the plant, then ground them up and made a coffee infusion.

Mug
The mug is a large, robust kind of cup with a handle that is often used for hot drinks like coffee or tea.

Napoleon
Napoleon Bonaparte loved coffee and often drank a large cup after lunch and one after dinner.

Office
Along with tea, coffee is the most popular drink in the world’s offices. In any office, mid-sized or larger, there’s usually an automatic coffee machine for the employees.

Procope
Café Le Procope was the first café in Paris, and according to many, is the oldest café in Europe. It was opened in the mid 1600s, and today it’s a restaurant.

Roasting
Roasting is a generic process that employs high temperatures to dehydrate a substance, oxidize it, and partially carbonize it. It’s often used to with coffee beans.

Sleeplessness
Coffee may provoke some unwanted side effects – the most common of which is insomnia. The effect may be lessened by mixing coffee with roasted chicory or barley.

To Go
The tradition of “to go” coffee started in the U.S., and usually implies the use of a paper cup full of drip coffee. This is often enjoyed while walking or doing other activities.

Uchunari coffee
Uchunari is the rarest, most expensive kind of coffee in the world. Made from beans that have been eaten by the Peruvian civet, it’s produced by the London coffee company Terra Nera, and sells for £7,875 a pound.

Wigomat
The Wigomat was created in1954, and was the first model of automatic coffee machine. Xanax. Coffee is not recommended for those who take the anti-anxiety medication Xanax, as it provokes the opposite effect.

Yemen
Arabica coffee is widespread from Ethiopia to Yemen, on the Arabian peninsula. This is where coffee can be first traced back to in 1450, among the followers of Sufism, a mystical sect of Islamic culture.

Zabaglione
Coffee Zabaglione is a rich dessert made of egg yolks, sugar, wine, and coffee.